A stunning and extremely high quality French 19th century Louis XVI st. Belle Époque period kingwood, ebony, mahogany and ormolu side table, attributed to Paul Sormani. The table is raised by slender elegant circular tapered fluted legs with fine fitted topie shaped ormolu and richly chased foliate chandelles. Above each leg are striking pierced foliate ormolu mounts flanking a wonderfully executed lattice parquetry design which extends along the front, sides and back framed within a beaded and mottled ormolu band. At the front is one drawer centered by an intricately details pierced foliate ormolu keyhole escutcheon with all original hardware. Above is the stunning parquetry top with most decorative alternating kingwood veneers with fine ebony lattice inlaid fillets, framed within a kingwood band and a elegant mottled ormolu gallery. — Read Less

(Belle Époque) - Gaining its name from the optimistic and peaceful period of time between 1871 and World War I, Belle Epoque means “beautiful period”, and occurred during the era of the Third French Republic. This period of economic, colonial, and scientific prosperity brought with it a flourishing artistic climate with numerous literal, musical, theatrical, and visual masterpieces being created. The Eiffel Tower, which was constructed between 1887 and 1889, served as the entrance to the World’s Fair held in Paris. That same year, the Moulin Rouge cabaret in Paris was founded and showcased the now more mainstream styles of performance including can-can dancing. Belle Epoque dancers and singers were Paris celebrities and became immortalized by the poster arts of Toulouse-Lautrec. Leading up to this period in 1865, the American Civil War was coming to a close, with France proposing to construct the Statue of Liberty as a joint effort with the United States. France would be responsible for the statue, with America constructing the pedestal. Created to celebrate the nation’s success in building a viable democracy, the statue would stand as a symbol of friendship between the French and American people.
(Louis XVI st.) - Also known as Louis Seize, Louis XVI's style is a style of architecture, furniture, decoration, and art created during Louis XVI’s 19-year reign in France, just before the French Revolution. Thought to be a reaction and juxtaposition to the prior more elaborate styles, Louis XVI style developed at the end of the Baroque Period and continued until the birth of French Neoclassicism. King Louis XVI showed little enthusiasm for the old world styles of the Baroque Period and he sought out a create a new “beau ideal” that focused on the purity and grandeur of Ancient Romans and Greeks. Inspired by Ancient Roman architecture and art, distinct features of the Louis XVI style are linear lines, small repeated motifs, floral medallions hanging from ribbons, acanthus leaves, urns, dolphins, ram, and lion heads, and griffins. Greco-Roman elements, often used in earlier and later French styles, were also quick common and included fluted and twisted columns, Caryathids, and corbels.
Paul Sormani (1817-1877) One of the most renowned 19th century French cabinet maker and Bronzier of the highest quality. Paul Sormani established his firm in 1847 at 7 Cimetiere Saint-Nicolas in Paris. Sormani participated in major international exhibitions of 1855, 1862 and 1867. Awarded a bronze medal in 1849 and a first-class medal in 1855. At the Universal Exhibition of 1867, his work has been described as “A quality of workmanship of the highest order".
Payment Plan Option Learn More
Choose the payment plan option at checkout and customize this payment option with our team. Payment plans are flexible and items will ship once all payments are received. 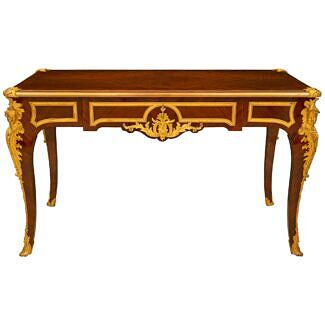 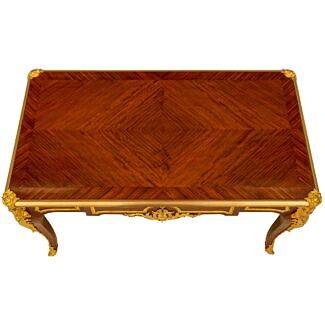 List: $22,500.00
Copyright 2023 © Cedric Dupont Antiques | All rights reserved | Built by 4FX Please forward any technical concerns to info@4FX.com
Create a new list
Manage Cookie Consent
To provide the best experiences, we use technologies like cookies to store and/or access device information. Consenting to these technologies will allow us to process data such as browsing behavior or unique IDs on this site. Not consenting or withdrawing consent, may adversely affect certain features and functions.
Manage options Manage services Manage vendors Read more about these purposes
View preferences
{title} {title} {title}